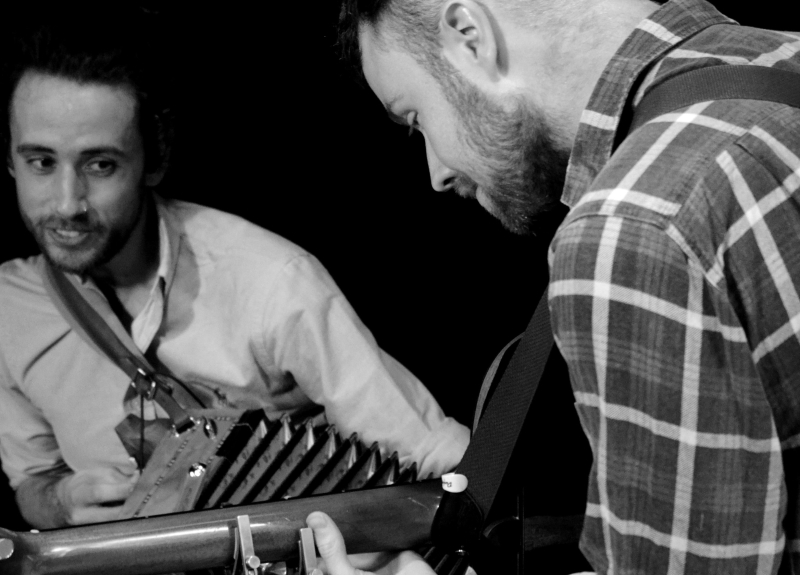 Widely regarded as one of the best players of English traditional folk, Archie has worked as a session musician for some of the UK’s top folk acts (Cara Dillon, Eliza Carthy, Blair Dunlop, Jim Moray) and Producers (Andy Bell, Ed Harcourt), as well as performing with the trio, ‘Moore, Moss, Rutter’ – The outfit which saw him receive the coveted BBC Radio 2 Young Folk Award in 2011.
The past two years have seen Archie tour extensively across Western Europe and perform at some of Europe’s top music festivals, including headline slots at ‘Colours of Ostrava (Czech Republic), Tønder festival (Denmark), Cropredy Convention (UK) and Cambridge folk festival (UK).
With a contemporary approach to composition and arrangement Archie has developed a style of playing that draws as much influence from the tradition as it does modern popular music. He is currently seen to perform with: ‘Tom Moore & Archie Moss’, ‘Sam Kelly & the Lost Boys’ and ‘False Lights’.
His engaging teaching style comes from a wealth of experience in his position as senior lecturer in ‘Folk Music’ at Leeds College of Music and teaching on the National Youth Folk Ensemble.